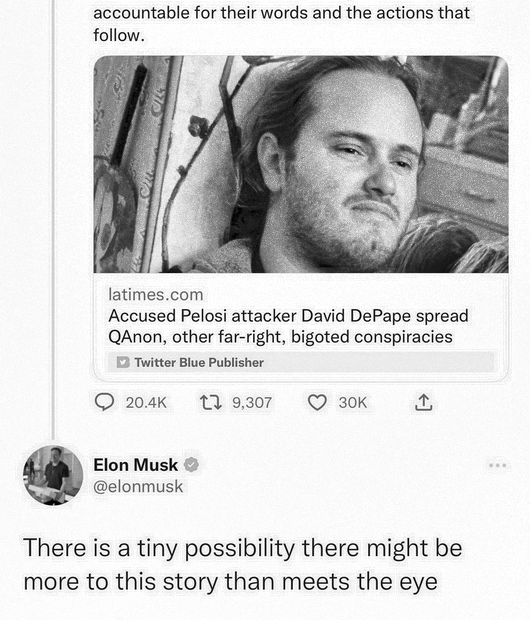 Many people have written many things about Elon Musk’s bank-funded, Saudi-supported, Jack Dorsey-supported, Binance-supported acquisition of Twitter, to the point where I seriously question my judgment for adding to the noise.

However, while there has been ample coverage of the spike in hate speech immediately following Musk’s takeover, one thing has gotten relatively less attention: with the trolls emboldened by a self-described “free speech absolutist” at the helm, Twitter is now the place to be for source hacking.

One consequence of source hacking occurs when mainstream media outlets report on the lie; if the reporting is careless, even the act of debunking the lie can spread the lie to a broader audience.

A more intractable consequence of source hacking occurs when bad faith actors and consistently dishonest sources are actively in on the grift. When this happens, a “news source” like Hannity, Carlson, OANN, the Federalist, etc, etc, take a false claim shared on social media and cover the “story” under the veneer of “some people say” — the new coverage transforms am obvious lie into a story, which is then dutifully covered by other news outlets — some partisan, some reliable — in YouTube videos, in newsletters, until the story has been covered into life. Over time, as the online record of the coverage persists, the lack of a credible origin of the story is obscured by the event created by coverage of the story, and the people who read the resulting coverage are further inoculated against reality.

This example from 2019 shows how it happens.

Now, with Musk running Twitter, he apparently is the source to be hacked. 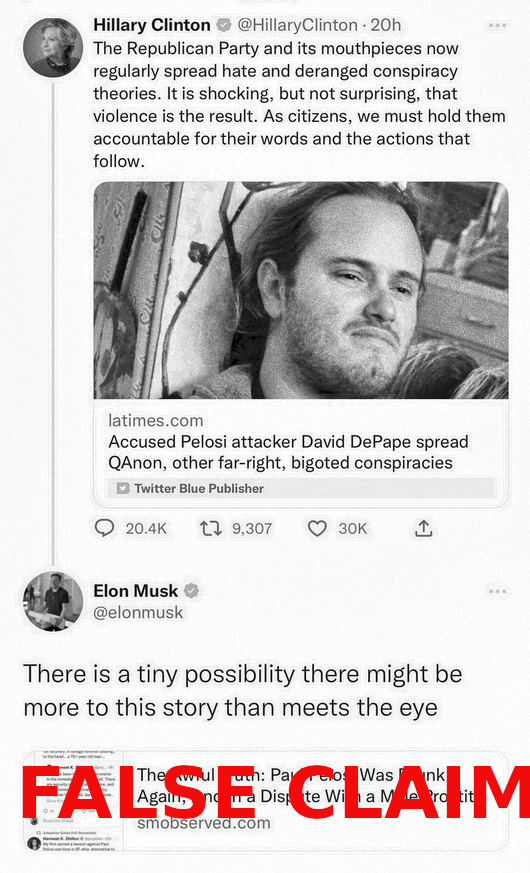 Musk repeats a false and homophobic claim from an identified source of disinformation.

Here, Musk amplifies a claim made by a far right personality sharing a story from a far right site known to spread misinformation. 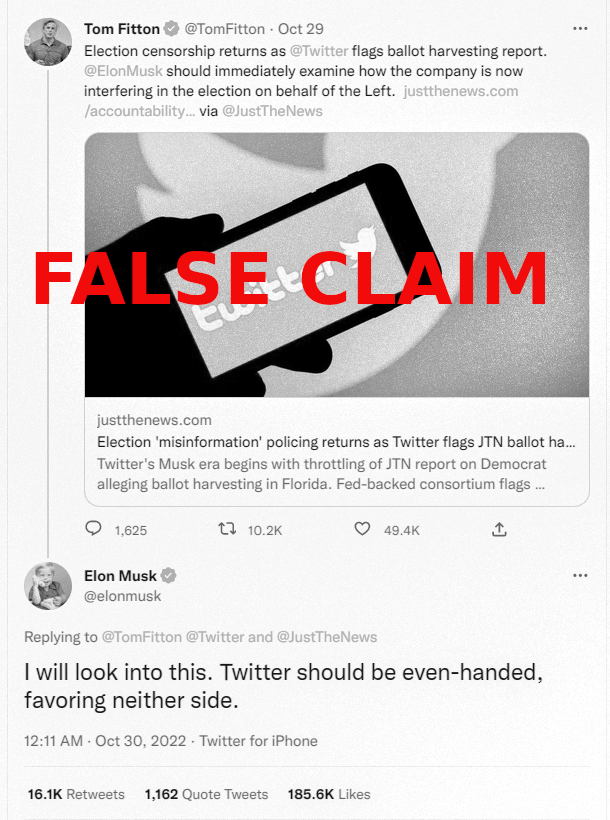 Musk amplifies a false claim from an unreliable source. This claim appears intended to undermine confidence in our elections.

Here, Musk amplifies a claim by a person who played a central role in attempting to overturn the 2020 election. The claim Musk amplifies is from another election denier, and contains anti-Semitic dog whistles. 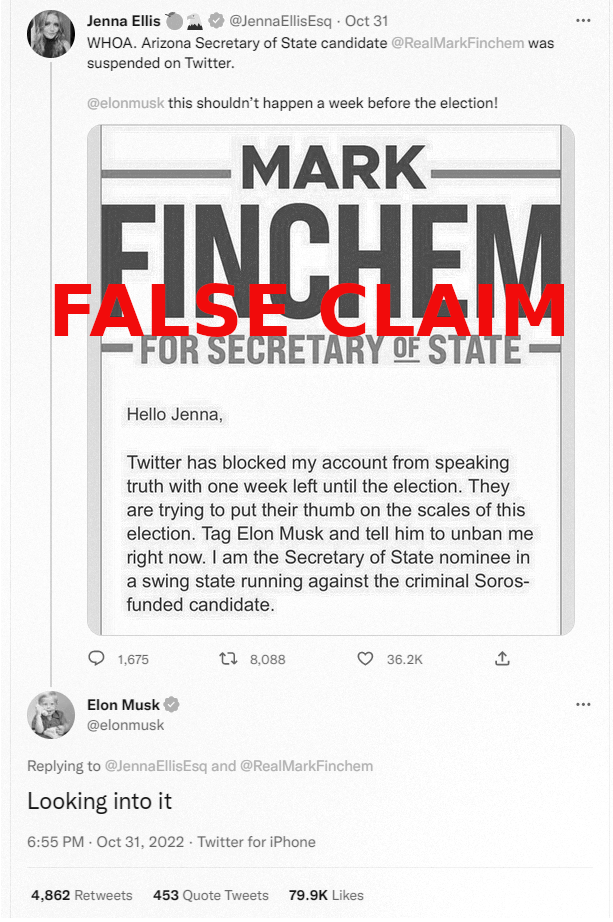 People who want to use Twitter for source hacking will happily pay a monthly fee for verification. Eight dollars a month is a bargain to get access to a platform to spread lies.